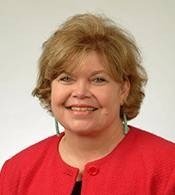 Felicia Schanche Hodge, DrPH is a Professor in the School of Nursing as well as a as a Professor in the Department of Health Policy and Management in the Fielding School of Public Health.. She teaches courses in research methods, American Indian populations and family theory. Dr. Hodge is the founder and director of the Center for American Indian/Indigenous Research and Education (CAIIRE) which supports research, evaluation, policy development, education, planning, prevention and community service activities. Dr. Hodge is also the Chair of the American Indian Studies Interdepartmental Program at UCLA. She also serves as a member of the NIH-NINR National Advisory Council. She has served as Principal Investigator for several large R01 research projects targeting American Indian health issues including cervical cancer, nutrition, smoking cessation, breast cancer, wellness concepts, diabetes, cancer pain and self management, all supported by the National Cancer Institute and/or the National Institute of Nursing Research. Dr. Hodge’s research is in the area of developing and testing culturally sensitive intervention models for American Indian populations. Her publications include an analysis of urban and rural smoking patterns, an examination of culturally sensitive interventions, and research into the application of the CES-D (depression) scale among American Indian adults, as well as various cancer and diabetes interventions.

Dr. Hodge has developed and tested the “Talking Circle” model that tests group processes and counseling to increase cancer screening among American Indians. She has also developed the train-the-trainers program for smoking cessation projects. Consumer advocacy, participatory research, and culturally sensitive interventions for the American Indian population are the focus of her research.